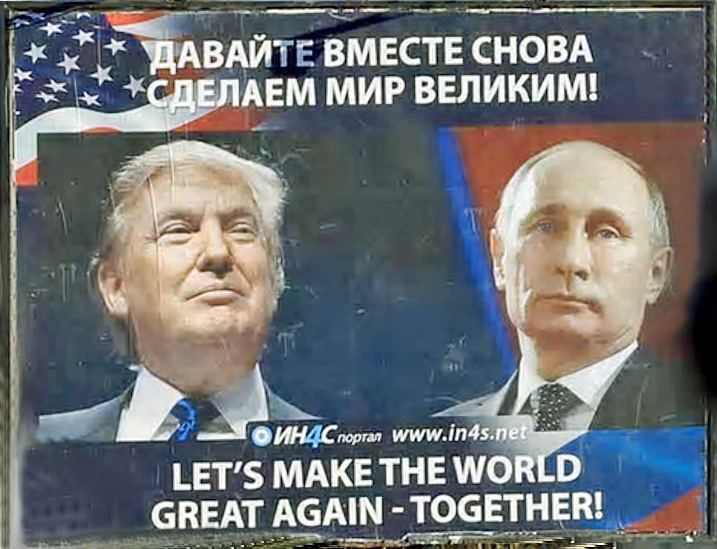 The political earthquakes of 2016 are probably the beginning of a series of major ruptures in world politics. Donald Trump was elected in the USA, Britons voted for Brexit, Turkey lurched toward dictatorship, Brazil ejected a democratically-elected president, Russia extended its global influence, and China tightened internal security while building military bases in the South China Sea.

From America to Asia, authoritarian nationalism is on the march. The future of old alliances is cast in doubt, raising a renewed spectre of global war.

These seismic changes should prompt us to reconsider our priorities. Is ‘neoliberalism’ – whatever that means – our main enemy? Or is it rising authoritarianism and nationalism instead?

We have been here before, albeit with much less dangerous military weapons. The rival imperialisms of the nineteenth century led to the First World War. Collapsing imperial dynasties triggered revolution in Central and Eastern Europe. Communists successfully seized power in Russia in 1917. Post-war political and economic turbulence led to the triumph of fascism in Italy, Germany and Spain. Imperial Japan invaded nationalist China.

I am not suggesting that history will repeat itself in the same way. But it is important to understand how the tectonic plates of political change affected the way we understand and map political positions, and the way in which we prioritise political issues.

Europe suffered economic depression for much of the interwar period. The financial crash of 1929 exacerbated the crisis and led to a collapse of world trade. Liberal defenders of the market economy were put on the defensive: capitalism seemed at the end of its tether. 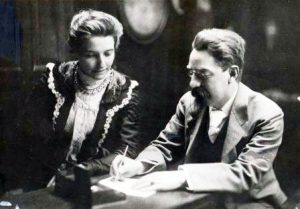 Meanwhile, some intellectuals from the USA and Britain – including Labour stalwarts George Bernard Shaw and Sidney and Beatrice Webb – visited the Soviet Union brought back glowing accounts of an expanding economy and a joyful population. (The Soviet propagandists explained away disasters such as the Ukranian Famine as resulting from sabotage by rich peasants or foreign agents.)

With the crisis of capitalism, the rise of fascism and the apparent success of Soviet Russia, many British and American radicals became Communists or fellow travellers. For them, liberalism and the defence of the market economy seemed a weak or unviable option.

The choice seemed to be between two forms of authoritarian government: much better the one that proclaimed equality and opposed racism. (But in reality, the Stalin regime promoted antisemitism, genocide against several other ethnic minorities, and dramatic internal inequalities of power.) 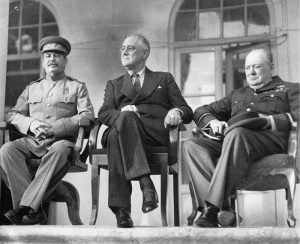 Stalin, Roosevelt and Churchill in 1941

The alliance between Russia and the West in the Second World War smothered criticism of what was really going on within Stalin’s regime. But, with the beginning of the Cold War in 1948, socialists were forced to make a choice between either supporting an antagonistic and undemocratic foreign power, or aligning with the USA and its allied democracies.

Labour under Clement Attlee aligned with the West. But rose-tinted visions of Soviet Russia or (from 1949) Mao’s China lived on among he Left.

In major European democracies, the thirty years between the end of the First World War and the start of the Cold War had seen liberalism squeezed, between socialism on the one hand, and reactionary authoritarianism on the other.

‘American imperialism’ and the rise of neoliberalism

Things were different in the USA, which polarised between forms of Republican conservatism and Democratic liberalism. But rising tensions in the Cold War, and the eruption of the Vietnam War in the 1960s, made American-style liberalism less attractive for the global Left. 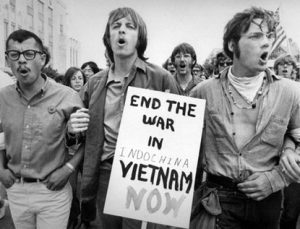 Marxist-led national liberation movements in Cuba, Indochina and elsewhere kept the collectivist vision alive for the Left around the world. Liberalism was see as the fake ideology of American imperialism and the global bourgeoisie.

Some have argued that neoliberalism was reborn in the 1970s, when conservatives such as Ronald Reagan and Margaret Thatcher adopted a vision of expanding markets and a contracting state. Although the Left could never agree on what ‘neoliberalism’ meant, they mostly agreed that it was the main enemy.

Much of the Left, throughout the world, had never got rid of its agoraphobia – its fear of markets. Private enterprise and market forces were always and everywhere seen as the problem. Liberals, who defended private property and markets as well as human rights, were mocked as the bourgeois enemy.

But the global tectonic plates are now shifting abruptly, in an erupting national and international crisis, as big as anything since 1948.

Nationalist leaders strut around the world stage. They stock up their nuclear and conventional arsenals and jostle for geopolitical advantage.

Torture is endorsed. Journalists are threatened or imprisoned. Scientific findings on climate change are denied. Intellectuals and experts are ridiculed. Ignorance and dogma are celebrated. Truth is swamped by lies. Legislation protecting workers and the poor is undone. Minorities are attacked and made scapegoats. Racism is given licence. People suffer discrimination on the basis of their religious or other beliefs. Democratic systems are damaged. Judges and lawyers are treated as traitors. The rule of law is undermined.

In this dangerous new world, it matters less whether that railway is nationalised or whether water distribution is in public ownership. Forms of ownership are always secondary to the actual provision and distribution of vital goods and services. But when our rights and liberties can no longer be taken for granted, questions over forms of ownership move even further down the ranking of priorities.

The ubiquitous, trivialising idea that the Left is defined in terms of public provision, and Right as private provision, is historically recent and a gross reversal of their original meanings. It is also a polarisation of lesser relevance in this world of rising authoritarian nationalism.

Our fundamental rights, our liberty, and the rule of law are now increasingly threatened. Their defence becomes the great struggle of our time.

This lesson is hardest for Americans and Britons, who were spared domestically from the jackboots of twentieth-century despotism. Struggles for British and American national liberty are beyond living memory. We have grown fat and lazy on the fruits of the liberal order. We have taken for granted its institutions and underestimated their fragility. We must repair our vigilance.

For 100 years, for the reasons given above, liberalism has been marginalised. Now is its opportunity – indeed its urgent necessity.

Unlike our grandparents in the crisis-ridden 1930s, we have seen the socialist experiments of the twentieth century and counted their cost at 90 million lives. History and social science have more to teach us. If we wish to learn, we can know more about how markets work. We can understand the informational, organisational and other impediments to comprehensive national planning. We can appreciate why countervailing politico-economic power, based on a strong private sector, are necessary to buttress democracy and resist authoritarianism. The twentieth century has taught us these lessons.

Except in the closed minds of Marxists, classical socialism and national collectivism are no longer serious options. They are impossible fantasies, especially irresponsible in the face of rising authoritarian nationalism.

The old Marxist mantra of bourgeoisie versus proletariat is also ungrounded in reality. Instead we have a highly fragmented working class, much of it enduringly aligned with authoritarianism and nationalism. Marxism relies on a quasi-religious and nonsensical belief that the working class – whatever it actually believes or strives for – carries our human destiny.

Class struggle has mattered, but it has never been the main motor of history. What have mattered more have been struggles for power, by individuals, dynasties, nations, religions or ideological movements. 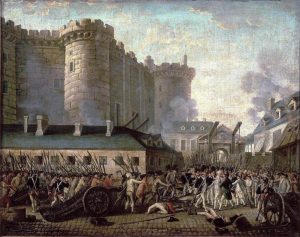 The Storming of the Bastille in 1789

Liberalism was one of those movements. Based on the imperatives of equality and liberty, it matured in the Enlightenment.

Liberalism rose up in the English Civil War of the 1640s, in the American Revolution of the 1770s, and in the French Revolution of 1789, in titanic struggles against despotism and oppression.

Now, once again, liberalism is centre stage, as the enemy of authoritarian nationalism.

Its allies are not those who pander to authoritarianism by eroding civil liberties, or do the spadework of the nationalist Right by making immigration (rather than assimilation) a foremost problem. The prime allies of liberalism are all those who defend liberty and human rights. But therein lies a concern, which must be discussed.

From the beginning, liberalism has harboured different views on the role of the state and of the degree of state intervention required in the economy and society. On the one hand there are liberals – sometimes called libertarians – who wish to minimise the role of the state. 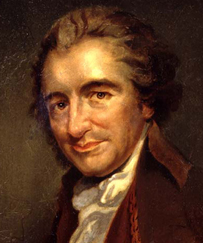 On the other hand, alongside this, is a different strain of liberalism – involving Thomas Paine, John A. Hobson and others – that places greater stress on social solidarity, economic redistribution and welfare provision. Paine in particular saw the need for a major redistribution of wealth. Involving key figures such as David Lloyd George and William Beveridge, this strain of liberalism was central to the development of the British welfare state.

John Maynard Keynes – another great liberal – argued that state regulation of financial markets and counter-cyclical expenditures are necessary to stabilise the capitalist system. Keynes showed that economic austerity is a flawed doctrine. Government deficits are best reduced by growth: budget cuts can contract the entire economy and make the problem worse.

There is a spectrum of views between individualist and social-democratic liberalism, but all liberals are united in their defence of individual liberty, human rights and political democracy. The diverse colouring of this rainbow does not diminish its united opposition to the dark intolerance and division that is exacerbated by authoritarian nationalism.

The struggle for liberty and equality has always been vital. But many twentieth-century radicals were diverted by the delusions of socialism. The renewed rise of authoritarianism has shown us again that liberalism is the vital political movement of the modern age.

McCloskey, Deirdre Nansen (2017) ‘Nationalism and Socialism Are Very Bad Ideas: But liberalism is a good one’, Reason.Com, February. http://reason.com/archives/2017/01/26/three-big-ideas

Monbiot, George (2016) ‘Neoliberalism – the ideology at the root of all our problems’, The Guardian, 15 April. https://www.theguardian.com/books/2016/apr/15/neoliberalism-ideology-problem-george-monbiot.