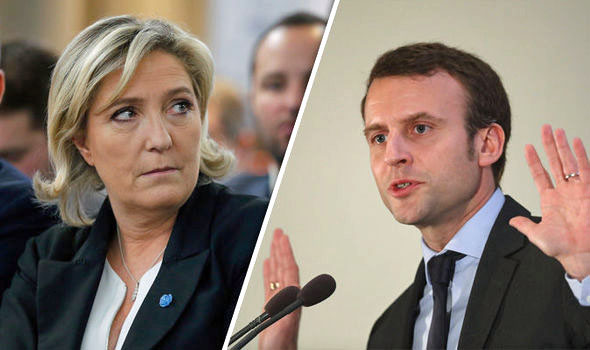 In the May 2017 run-off between Emmanuel Macron and Marine Le Pen, the defeated first-round candidate Jean-Luc Mélenchon refused to endorse the liberal Macron over the neo-fascist Le Pen. Many of Mélenchon’s leftist supporters did the same, arguing positively for abstention. 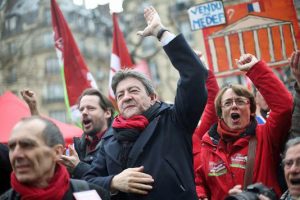 The abstainers argued widely that Macron is a “neoliberal” and the voters faced a choice between the dictatorship of the market or a fascist president.

Some went further: Marron was a “neoliberal fascist” and there was no reason to favour one “fascist” over the other.

This failure to perceive any advantage of a pro-market liberal over the racist and neo-fascist authoritarian nationalism of Le Pen’s National Front, is a symptom of a deep ideological sickness that has endured for decades on the French Left.

The political degeneration of the French Left, which even exceeds that of its Corbynista counterpart in Britain, would be the subject of another blog. My purpose here is to focus on the abuse of the term “neoliberalism” and how this corrupted and overly-widened word has poisoned political discourse.

I also wish to show how some “neoliberals”, who do not include Macron, and whom I shall attempt to characterise more precisely than the n-word will allow, do indeed have connections with genuine fascism.

After the erosion of credibility in classical socialism, particularly after its failed experiments in the twentieth century, it must be understood that our sole alternative to the rising nationalisms of Le Pen, Trump, Putin, Xi, Erdoğan and others is a modern and democratic version of liberalism. Whatever his flaws, Macron fits into the latter category.

The degeneration of the “neoliberalism” label

The widespread use of the word “neoliberal” to describe anyone accepting a significant role for private property or markets has made the word so imprecise that it has become useless and beyond reform. 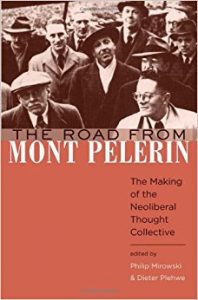 Even the foremost historians of “the neoliberal project” have acknowledged the problem. Philip Mirowski and Dieter Plehwe wrote:

“We can sympathize with the impatience for those who use the term ‘neoliberalism’ as a blanket swearword for everything they despise, or a brainless synonym for modern capitalism.”

Colin Talbot pointed out that “neoliberalism” has become “a term of abuse” to be used against “any type of pro-market reform or political position that recognizes markets may – in the right circumstances – be a good thing”. Consequently, everyone “from moderate social democrats to the most lurid free-marketeers gets lumped together under a convenient ‘neoliberal’ label.”

In a superb survey of its usage since the 1980s, Rajesh Venugopal concluded that “neoliberalism has become a deeply problematic and incoherent term that has multiple and contradictory meanings, and thus has diminished analytical value.”

Some may wish to retain the “neoliberal” label, to apply it to those free marketeers who attempt to shrink radically the size of the state, to privatise anything that walks, advocate economic austerity and deregulate the financial sector. This would certainly separate neoliberalism from the genuine liberalism of John A. Hobson, William Beveridge or John Maynard Keynes.

But I think that things are too far gone to allow any useful redefinition of the “neoliberal” label to succeed. It is perhaps best abandoned. Instead I wish to focus on a particular strain of so-called “neoliberalism”. This allows us to concentrate on some key issues.

Ludwig von Mises (1881-1973) and Friedrich Hayek (1899-1992) were key figures in the so-called Austrian school of economics. Among their major achievements were their contributions to the “socialist calculation debate” where they showed the practical and epistemic limitations of any system of national planning based on comprehensive public ownership. In a book originally published in 1927, Ludwig von Mises praised fascism as “an emergency makeshift” that “has, for the moment, saved European civilization”. This statement cannot be excused, despite the facts that it was in a book that was otherwise devoted to the promotion of classical liberal values, and that von Mises was a Jew who eventually had to flee the Nazis.

From 1932 to 1934 von Mises continued as an economic adviser in Austria, even to the “Austro-fascist” or “clerical fascist” government of Chancellor Engelbert Dollfuss, who assumed dictatorial powers, closed down parliament, smashed the trade unions, and banned several political parties. This does not mean that von Mises was a fascist, but other economists would have drawn the line at advising them.

Friedrich Hayek and the dictatorship of Augusto Pinochet 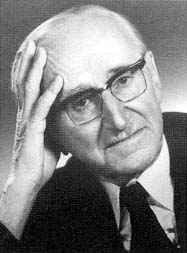 The idea that temporary dictatorships, even if murderous, might sometimes be necessary rubbed off onto von Mises’ student, Friedrich Hayek. Hayek argued that democracy, while desirable, can be temporarily dispensable, particularly in defence of private property.

Augusto Pinochet may have saved private property rights in Chile. But he imposed a vicious dictatorship that tortured an estimated thirty thousand civilians and murdered over three thousand.

The right to life, and freedom from torture, are existentially more basic, and hence even more important, than the right to property. Hayek visited Pinochet’s Chile and he failed to condemn these atrocious abuses of human rights. Hayek’s silence over abuses of basic human rights cannot be excused by his age: he was still publishing major books in the 1970s.

The twentieth century teaches us that Marxist socialism crushes human rights and leads to dictatorship. While opposing Communism, von Mises and Hayek (temporarily) tolerated some dictatorships and their removal of some basic human rights, including the rights of habeas corpus and to live without torture.

The ideas of Mises and Hayek were prominent in the Mont Pèlerin Society, founded in Switzerland in 1947. The society accommodated a variety of views, including mainstream liberals plus some members who had collaborated with Nazism in the 1933-1945 period.

The Mont Pèlerin Society was dominated by economists. No less than eight winners of the Nobel Prize in economics have been its members.

The influence of economists is evident in the draft statement of aims of the Society. It opened with these words:

“Individual freedom can be preserved only in a society in which an effective competitive market is the main agency for the direction of economic activity. Only the decentralization of control through private property in the means of production can prevent those concentrations of power which threaten individual freedom.”

Agoraphobics (i.e. fearers of markets) such as George Monbiot and Naomi Klein will probably disagree, but there is a vital truth in this quotation. 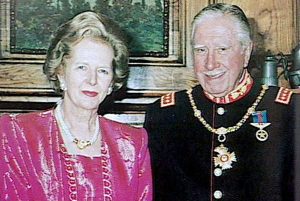 In 1999, Thatcher even thanked the former dictator Pinochet for “bringing democracy to Chile”. Clearly, while addressing someone who in 1973 overthrew a democratically-elected government, she invested the term “democracy” with an esoteric, Thatcherite meaning. In truth, Pinochet was a torturer and an assassin.

Even with this brief account we can see some wide, clear water between mainstream liberals such as Macron and Mont Pèlerin “neoliberals” such as Hayek. Unlike those “neoliberals”, modern liberals uphold the following five points:

If these liberal principles were understood, along with Macron’s support for them, abstention in the May 2017 French presidential elections would be impossible.

Minor edits 1, 4 May – thanks to Pedra Pereira Hors.

Mises, Ludwig von (1985) Liberalism in the Classic Tradition. Translated by Ralph Raico from the German edition of 1927 (Irvington, NY: Foundation for Economic Education). (See pages 47 and 51.)