Blindly following “the will of the people” is lazy and unprincipled 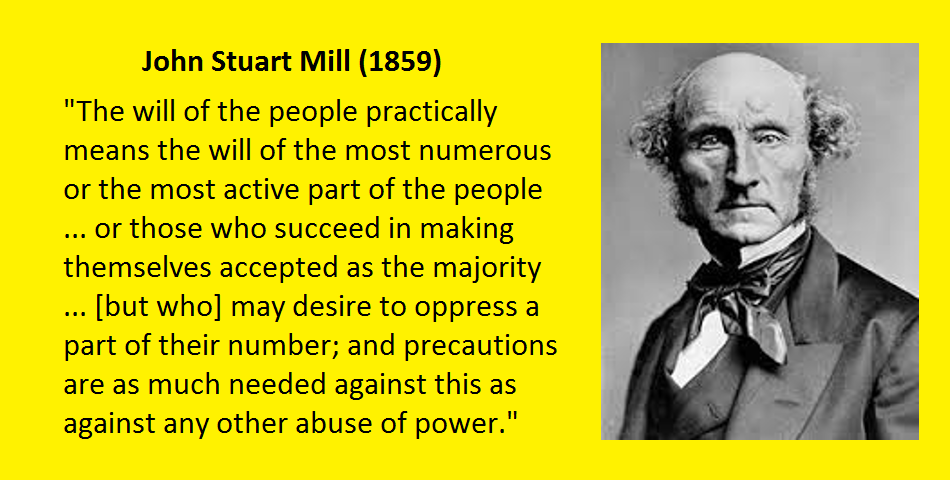 This is now the dreadful state of our democracy. On crucial matters such as immigration and Brexit, we are governed by tabloid headlines, opinion polls and lie-infested referendums. The “will of the people” has become the catch-phrase of the cowering, lazy or unprincipled politician. No longer driven by truth or principle, many of them knowingly connive in disaster because it is regarded as the peoples’ will.

Where can following “the will of the people” lead?

Polls show that the use of torture has sometimes, even recently, received majority support from the US public. President Donald Trump was elected after expressing a desire to re-introduce torture. Torture is “the will of the American people” – as some might put it.

But the use of torture has been against the Eighth Amendment to the United States Constitution since 1791. The very role of a constitution is to help protect rights and freedoms, even if “the will of the people”, or of a deviant President or Prime Minister, would take them away. One of the limits to democracy is that it should not be able to overturn our human rights. 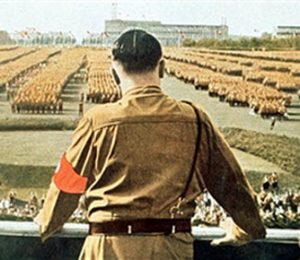 Dictators and populists are fond of referendums because they deploy “the will of the people” against constitutional safeguards. Hitler held a referendum in 1933, to garner mass support to withdraw from the League of Nations. In 1934 he held another referendum, which endorsed his bid for supreme power in Germany. Yet another referendum in 1936 ratified Hitler’s military occupation of the Rhineland and his one-party state. A fourth referendum in 1938 approved Hitler’s annexation of Austria. All propositions in these plebiscites received huge majorities.

In recent polls in the USA, 60 per cent of the adult population supported the death penalty for murder, despite 64 per cent also believing that it does not lower the murder rate and 59 per cent believing that innocent people had been wrongly executed in the previous five years.

In the UK in 1983, around 75 per cent of people were in favour of the death penalty. Although recent polls show a lower level of support, it is still close to 50 per cent.

Imagine that we had a referendum to re-introduce the death penalty in the UK. Thanks to some reactionary newspapers, it is possible that the proposal would gain majority support. But that does not justify its re-introduction, even if it was “the will of the people”. The morality of a law cannot be decided by popular vote.

Should homosexual acts be legal?

In some states of the USA there were laws prohibiting sodomy (between same-sex or different-sex couples) until 2003. As recently as 2004, the number of people polled in the USA who thought that homosexual acts should be illegal exceeded the number who thought they should be legal. 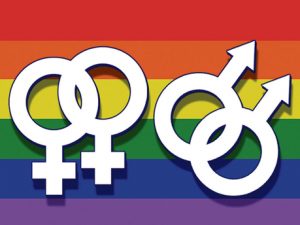 By these measures, according to “the will of the people” homosexual acts should not have been made legal in 2003 or 2004.

But opinions change. This is another major problem with being governed by “the will of the people”.

After 2004, support in the USA for the legality of homosexual acts rose steadily. By 2016, the number supporting legality exceeded the contrary view by 40 per cent.

in the UK, as recently as 1998, 50 per cent of respondents in a poll thought that homosexual acts were “always” or “mostly” wrong, compared with 31 per cent saying they were “rarely” or never wrong.

Since then, opinion has switched, largely because leading politicians in the Tory as well as other major parties (with the notable exception of UKIP) have countered a sizeable segment of public opinion and underlined gay rights as a matter of principle.

By 2012, only 28 per cent of respondents in the UK thought that homosexual acts were “always” or “mostly” wrong, compared with 57 per cent saying they were “rarely” or never wrong. The will of the people can change.

The “will of the people” can be wrong or immoral

Whatever the “will of the people”, homosexual acts are either morally admissible or immoral. Moral principles are not determined by referendums or opinion polls. 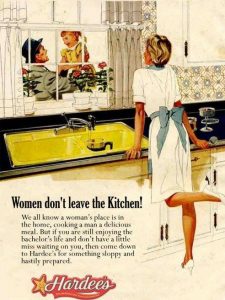 Instead, they must be the subject of ongoing, informed debate, guided by the need to minimise harm, alongside “an egalitarian conception of the good, focusing on equal opportunities for a worthwhile life” (as Philip Kitcher puts in his important book on The Ethical Project).

Consider another illustration. In 1984, 49 per cent of the UK public agreed “a man’s job is to earn money; a woman’s job is to look after the home and family”. But by 2012, only 13 per cent subscribed to this view.

Considerations of equal rights and equality of opportunity militate against such gendered attitudes and the discrimination that they sustain. While there is much more to be done, arguments have been won, opinions have changed and progress has been made. People can be persuaded that their previous opinions were wrong.

The need for experts

Just as votes cannot establish what is moral or immoral, they cannot determine what is scientifically valid and what is not. A majority of Americans would disregard claims concerning human-induced climate change. For many Americans, they are all part of a “hoax” to promote more intervention by the Federal Government.

Democratic votes cannot establish the veracity of scientific claims. Science proceeds through detailed scrutiny of claims by experts in a specialist field and a dialogue of different expert views. It thus creates an evolving consensus over what truths have been established and what research must be prioritised for further investigation.

In the case of climate change, there is a strong consensus that human activity is leading to global warming. Albeit imperfect, this is the best indication we have of scientific truth. It is not the opinion of the general public, most of whom do not understand climate science.

Another common fallacy, perpetrated by people who do not understand economics, is that we should treat the budgeting problems of a national economy in the same way that we treat our individual or household budgets. This is the “every housewife knows” economics of Margaret Thatcher and her ilk.

This mistaken view ignores the capacity of many sovereign states to issue money and sustain deficits: unlike individuals or firms, such states cannot go bankrupt. It ignores the fact that what may be true for an individual may not be true in the aggregate, as Keynesians and others have pointed out for decades.

Many economists (possibly most economists in the UK) accept this Keynesian argument. But it is difficult to get the point across to the general public, so that they elect governments that pursue austerity policies, which reduce aggregate demand and economic growth, leading to increased debt.

The role of democracy

If the behaviour of most British MPs over Brexit were taken as a guide, there would be no role for MPs at all. They blindly follow “the will of the people”, even when they know that it will lead to adverse economic and political outcomes. 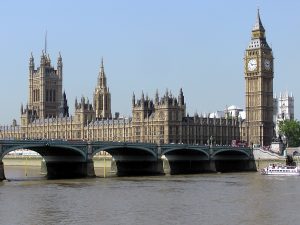 If this were a valid guiding rule, then MPs would be redundant. They could be replaced by online opinion polls on every question. The public would be invited to vote over every piece of legislation and “the will of the people” could be upheld.

Before long we might be putting immigrants in sealed trains to remote or foreign destinations, and publicly flogging delinquents to teach them a lesson.

Democracy is vital not because it provides a means of implementing “the will of the people” on any specific proposal. The primary purpose of democracy is to legitimate government. It replaces unacceptable claims that rulers are legitimised by the “will of God” or by their family lineage.

There is a strong case for improving our democratic institutions, and the functioning of democracy itself. There are also forceful arguments for increasing participation in some local and workplace decisions, where we are intimately affected and have local knowledge. But there are severe practical and moral limits to the extension of democracy over all our affairs.

At least at the national level, in any large and complex socio-economic system, democracy must involve representatives rather than delegates. Representatives must be given some autonomy to seek expert advice and make judgments on complex issues. Extensive participatory democracy in such circumstances is both unfeasible and undesirable.

Members of Parliament receive a mandate from their electorates to represent their interests. Representing interests does not mean polling opinions: that is the lazy and irresponsible option. Instead it is a matter of exercising informed judgment. It is a question of deliberation and interpretation, involving the use of expert advice. We know that MPs often get things wrong. That is why their constituents have the opportunity to remove them at the next election.

The reactionary media are not solely to blame

The reactionary media and their malign influence on public opinion are not the sole cause of the current political malaise in Britain and the USA. Among others, one can blame the intellectually-lazy part of the Left, which trots out the mantra of “democratic control” whenever it sees a policy problem.

One can also blame the majority of economists, who have abandoned all moral considerations save for utility maximisation (or mere “satisfaction”) by “rational fools” (the term used by Nobel Laureate Amartya Sen).

Hence it is not just the reactionary media that are to blame. Many political activists have been intellectually lazy for too long. We need an enhanced and better-informed conversation concerning rights, morality and practical institutional design.

Armed with this knowledge, we need to hold our representatives to account, and expose the laziness and lack of principle of those who blindly follow “the will of the people”. If they see themselves as nothing more than unintelligent voting machines, then they should give up their positions to others, who would be guided by moral principles and offer greater dedication to the true interests of the people that they are supposed to serve.