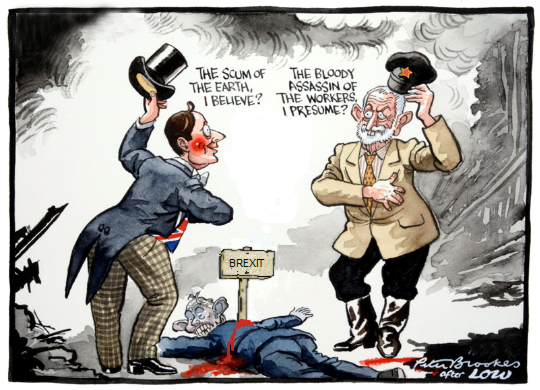 Despite their declared support for free trade, Tory libertarians like David Davis and Jacob Rees-Mogg are acting as if there were still a British Empire.

The Brexiteers in the Tory Party do not understand the mechanics of modern trade and have no viable blueprint for Brexit.

Substantial harmonization of standards and regulations is required when trade crosses international borders. The EU Single Market enables massive gains from trade within a harmonized system of regulation. EU member states have a say in the development of those regulations, within a common system. 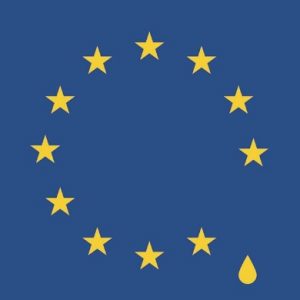 Outside the EU, the UK would have to replace a huge apparatus of EU-wide regulation that has grown up since 1973 when it joined. This regulatory legislation would be an even more formidable burden than any increased tariff levels that would be adopted if the UK leaves the EU Customs Union and Single Market.

This problem creates a dilemma for libertarians who distrust all state machines – especially large ones outside their national comfort zone. Hence, alongside nationalists and hard left socialists, libertarians were in the intellectual forefront of the 2016 Brexit vote in the UK, chiming in with overblown complaints about Brussels bureaucracy, made more strident because this bureaucracy spans national boundaries and is staffed by foreigners.

Entering or leaving markets requires dealing with systems of rules. In practice, exit from the EU Single Market means either that regulations have to be developed independently, thus reducing trade possibilities, or that EU regulations have to be accepted for future trade, while having little say in their formation.

Minimal-state libertarians are thus caught in a dilemma. They have either to accept the adjudications of a foreign court, thus dramatically violating their characteristic anti-state position, by accepting not only state legal system but one outside their homeland, or they have to curtail their cherished ideological ambitions for free trade and markets across national boundaries. 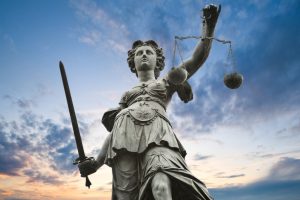 More generally, any contract between sellers and buyers across international boundaries requires agreement on the means of adjudication, if a dispute arises over its terms or fulfilment. Typically it is agreed that disputes will be resolved in the courts of one nominated country. The European Court of Justice was set up to deal with contractual disputes within the EU, and between EU traders and contracting businesses located outside the EU.

Regulatory harmonization and trade dispute adjudication create problems for libertarians. Just as big socialists believe in a fantasy world where the state can do everything, some libertarians believe in the obverse fantasy of a minimal state, where trade somehow operates without an extensive state legal infrastructure. As Jamie Peck put it, these “neoliberals” espouse “a self-contradictory form of regulation-in-denial”.

Nevertheless, when faced with the real world of business and contract, these libertarians acquiesce with the state machine and its legal system within their own national boundaries. Their nationalism means that they can live with that outcome.

But when trade crosses international boundaries, the problems of regulatory harmonization and dispute adjudication compel these libertarians to accept – especially when trading with a larger economic bloc – that disputes may have to be resolved in courts outside their national boundaries.

For closet nationalists in libertarian clothing, accepting the judgments of a foreign court is a step too far. The lenience granted to their national courts is not granted to those of foreigners.

Bring back the British Empire – and other fantasies

British nationalists in libertarian clothing may then call up another fantasy from the past. They can imagine that Britain is still a great power, and that it has the capacity to compel that all trade disputes be resolved in British courts. In their imagination these libertarians bring back the British Empire. Imperial power makes everyone else a rule-taker. They may talk of that bygone world in the corridors of Eton, but it is far beyond the reality of global power today. 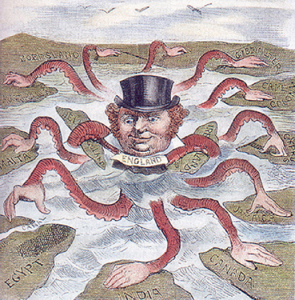 Across the Atlantic, American nationalists in libertarian clothing perform ideological gymnastics by allying themselves with politicians such as Donald Trump. He an economic nationalist rather than an advocate of international free trade. As long as these dubious libertarians can concentrate their gaze on the domestic US market and avoid the world beyond, then with some additional fantasising they might continue to believe in their myth of a minimal state.

Instead of the Empire, a US national fantasy is the Wild West. Historically, this was a short-lived zone, partly out of reach of the state and its system of law. Deals were done, aside the barrel of a gun. It is the US version of a mythological libertarian paradise. Global reality today, however, is very different.

A third fantasy is the idea of Jeremy Corbyn that Britain can leave the EU and build socialism. This is a mythical as the other fantasies. Corbyn does not understand markets and has no viable blueprint either – but that is the subject of other blogs. In the meantime, we note that all these efforts to leave the EU are based on fantasies that have little connection to the world in which we live today.