About this New Politics Blog 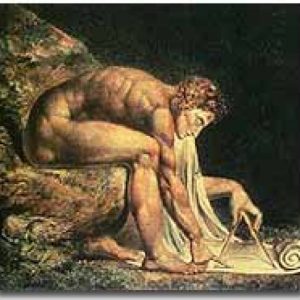 Many collectivizers on the so-called Left, and some free-marketeers on the so-called Right, have flirted with Communist or fascist dictatorships. The terms Left and Right have themselves become ambiguous and contradictory. Both the language and the substance of politics are broken.

This blog is devoted to these issues. I do not have all the answers – far from it. I was on the Far Left of British politics from 1967 to 1974 and learned many lessons from that brief and turbulent experience. I witnessed traits of fanaticism and intolerance that made me question the ideological and theoretical fundamentals of so-called Left politics.

I have been a longstanding member of the Labour Party. In 1979 I stood for Parliament as a Labour candidate in a marginal seat. Since the early 1980s I have described myself as a social democrat, rather than a socialist. In the 1980s I briefly advised Neil Kinnock and Roy Hattersley.

After Labour’s defeat by Margaret Thatcher in 1979 I took the view that Labour would be in opposition for a long while. I was concerned that many on the Left had a limited understanding of Thatcherite ideology – which is very different from the old conservatism – and were ill-equipped to defeat it. Thatcher’s macro-economic policies were mistaken and counter-productive, even their own terms. But many on the Left mistakenly opposed her promotion of home ownership and entrepreneurship.

For over 150 years, many on the Left had opposed in principle a private sector and the right to private property. This has been a disastrous mistake. While the state has an essential role, including in education, innovation, health and the legal infrastructure, a healthy private sector is also vital. Private property and markets are both necessary and desirable, for political as well as economic reasons. A private sector is a vital source of economic dynamism and can act as a counter-balance to excessive concentration of political power in the hands of the state. Any effective devolution of power depends on the devolution of ownership rights over substantial resources. Many on the Left still fail to understand these truths.

At the same time, capitalism has at least two endemic problems. The first is its capacity to exacerbate and generate further inequality. Unless remedial action is taken – as tried to a degree in Scandinavian countries – capitalism harbours increasing economic inequality, which in turn poses a threat to a viable democracy. The second problem is capitalism’s potential for financial instability, as exhibited in the Great Crash of 2008. A carefully regulated financial system is necessary to deal with this problem.

Particularly under Tony Blair, the Labour Party began to adjust to these realities, but imperfectly and incompletely. It pursued an entrepreneurial economy but largely ignored the two endemic problems of the capitalist system, as mentioned above. Inequality was not prominent on the New Labour Agenda. Blair and Gordon Brown promoted financial deregulation.

Nevertheless, Labour’s victory in the 1997 general election was a new dawn, followed by several great achievements, including devolution within the UK and the minimum wage. But these achievements were clouded by less positive policies, including the promotion of faith schools and the 2003 invasion of Iraq.

My own political views have evolved over the last 50 years. But I have remained committed to the goal of a better society. I always though that socialism as practised in Stalin’s Russia and Mao’s China was regressive. I abandoned classical socialism because I became convinced that democratic socialism was unfeasible.

For many decades my academic work as an economist has taken priority over any political activity. For details of my academic work please visit my personal website. This site is devoted instead to political discussion and you are welcome to contribute.

This website is devoted to a New Politics grounded on the following principles:

Liberty. All people have basic human rights and liberties. Everyone has rights over their own bodies, and these preclude violence, torture and capital punishment. The exercise of liberty and choice requires the satisfaction of basic bodily, cognitive and relational needs, including food, shelter, education and social interaction. We have rights of free expression, of assembly and of worship, and rights to the ownership of property.

Equality. The law should not discriminate: everyone should be equal under the law. Access to the law must be universal, requiring provision of legal aid for the poor. The distributions of income and wealth should not be so extreme as to undermine social cohesion and solidarity. Extreme inequalities of income or wealth must be alleviated by careful and appropriate taxes and grants. They must be gauged to reduce inequality while encouraging wealth creation and property ownership.

Democracy. The ultimate legitimation of government is neither religion, tradition nor privilege, but the will of the people, expressed through a system of representative democracy. Some democracy is also important in other spheres of life, including local government and civil society. While democracy cannot overturn basic rights, it is a crucial mechanism for social inclusion and civic education.

Solidarity. We have duties of solidarity to our family, to our community, to our nation, to all the people of the world, and to future generations. No individual built up his or her wealth unaided and alone. He or she benefitted from others, at every level of society, and from the labours of past generations. Accordingly, we have reciprocal obligations to others, entailing the payment of taxes, in recognition of the debts that we owe to our community and to our nation. We also have a duty to future generations, just as we benefitted from generations before: hence we must care for the natural environment and minimize the degradation of our planetary ecosystems and resources.

The Left has come to grief. It has sunk into the mire of cultural relativism. It has condoned reactionary religions and dictatorial regimes. The Left has to reverse and make a different turning, towards a modernized version of the Enlightenment politics of the original Left. The existing Left must return to what it once was – the foremost and most thoroughgoing champion of genuine and complete liberty, within a cohesive and caring society. 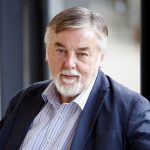 Born in 1946. Raised in rented council housing. Educated at state schools and at the University of Manchester. Member of the Labour Party, 1966-1968 and 1974-2001. Labour Parliamentary Candidate for Manchester Withington in 1979. Briefly advisor for Neil Kinnock and Roy Hattersley in the 1980s.

I left Labour over faith schools, inadequate House of Lords reform and neglect of economic inequality. Would have left over Iraq. Politically unaffiliated 2002-2016. I joined the Liberal Democrats in July 2016, as the only effective and acceptable opposition to the Tories.

Author of 16 academic monographs in economics and 145 articles in academic journals. One of my books (How Economics Forgot History) was selected in 2016 by the World Economics Association as one of the 50 most important books in economics in the last 100 years, another (Conceptualizing Capitalism) won the 2014 Schumpeter Prize. Two honorary doctorates. Fellow of the Academy of Social Sciences.