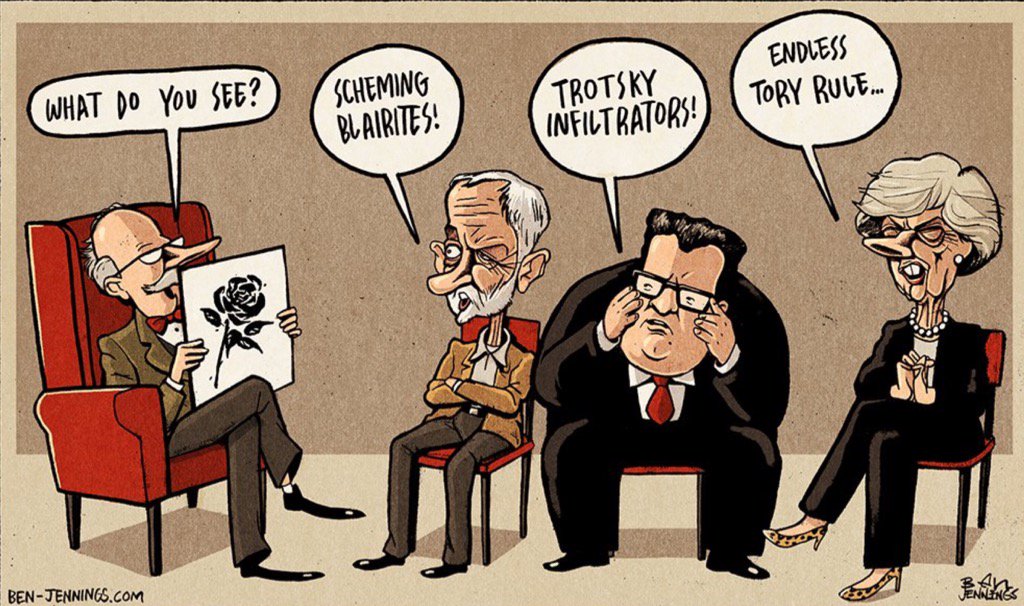 “A very good summary of Labour and Trotskyism” – Gerry Hassan

Labour Deputy Leader Tom Watson has produced evidence that Trotskyist groups are joining the Labour Party, or are planning to do so.1 This has created a big internal row. Some Labour members welcome this influx, just as Jeremy Corbyn opposed the expulsion of the Trotskyist group Militant in 1982.

John McDonnell, the Labour Shadow Chancellor, is an admirer of Trotsky. Corbyn once called upon the USSR to rehabilitate the Russian revolutionary.2

Trotskyists are socialists who believe in the common ownership of the means of production. This goal was stated in Labour’s Clause Four from 1918 to 1995, so why shouldn’t Trotskyists be allowed to join Labour?

Trotskyists differ from the devotees of Mao Zedong or Joseph Stalin. Trotskyists do not describe the murderous regimes of Mao’s China and the USSR as socialist. They promote themselves as anti-totalitarian, and they might seem much more democratic than other Marxists.

So why shouldn’t Trotskyists be allowed to join Labour?

The Parliamentary versus the Revolutionary Road

There is a prominent negative answer to this question. It raises profound differences of strategy. As Neil Kinnock (who did the party a great service by kicking out Militant in 1985) said in a speech to the Parliamentary Labour Party in July 2016:

‘In 1918 in the shadow of the Russian revolution [Labour members decided] … that they would not pursue the revolutionary road – it was a real choice in those days. They would pursue the parliamentary road to socialism.’

According to this view, Labour members and revolutionary Marxists share the same aim – socialism – but they differ on the method of getting there. Labour follows the parliamentary road; Marxists choose the revolutionary road. 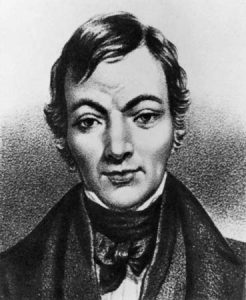 There are big problems with a part of this argument. Socialism was defined by Robert Owen and Karl Marx in terms of common ownership of the means of production and ‘the abolition of private property’.

But at least in practice since 1945, Labour has been less and less devoted to this goal. Finally, the goal of ‘common ownership’ was removed from Clause Four of the Labour Party Constitution in 1995.

Labour now says that it is a ‘democratic socialist’ party but defines this not in terms of common ownership. Instead there is a goal of social solidarity, believing ‘that by the strength of our common endeavour we achieve more than we achieve alone’, and in a society ‘in which power, wealth and opportunity are in the hands of the many not the few’.

Arguably, such a goal might be achievable in a reformed capitalism. But Trotskyists, like all Marxists, are emphatically against capitalism.

What Trotskyists and the post-1995 Labour Party Constitution mean by ‘socialism’ are very different. The divergences between Labour and Trotskyists concern different ends, as well as different means.

But Corbyn’s election as Leader by over 59 per cent of the membership in 2015 shows that the traditional definition and goal of socialism in the Labour Party is far from dead and buried. Under Corbyn’s leadership, Labour could return to its pre-1995 goals. 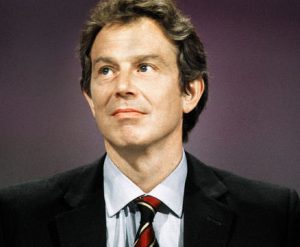 Ironically, by getting rid of the traditional ‘common ownership’ version of socialism in 1995, but retaining the word ‘socialism’ in an attempt to invest it with a different meaning, Tony Blair provided legitimacy for any later attempt by classical socialists – including currently by Trotskyists and Corbynistas – to restore Labour to its original colours.

Within Labour today, because of this legacy, everyone from Trotskyists and Corbynistas at one extreme, through Owen Smith, Neil Kinnock and then on to Tony Blair at the other extreme, is obliged to call themselves a ‘socialist’. But there are massive silences and huge disagreements on its meaning.

Labour becomes less capable of discussing fundamental differences of goal, but clings onto the illusion of the fundamental goodness of something called ‘socialism’. Labour’s problem of entryism will never go away while the s-word continues to cast its spell. The word itself is an invitation for those who propose the common ownership of anything to join.

The Totalitarian Politics of Class Struggle

There are other fundamental problems with Marxism in general, and Trotskyism in particular. First, Marxism rejects the supreme values of the Enlightenment.

For example, Frederick Engels in Socialism: Utopian and Scientific, saw these Enlightenment values as ‘nothing more than the idealized kingdom of the bourgeoisie’ with its ‘bourgeois justice’, its ‘bourgeois equality before the law’ and ‘bourgeois property … proclaimed as one of the essential rights of man’.

Marxists do not see the French Revolutionary principles of liberty, equality and fraternity as a potential achievement for all, but the rhetoric of the rising capitalist class in the class struggle against the old feudal order.

After playing their progressive historic role, Enlightenment ideas are seen as ‘bourgeois’ ideology, which now serves to repress the working class.

Marx saw socialism as the class destiny of the proletariat, which by overthrowing capitalism would emancipate humankind from inequality and exploitation. Socialism was not validated by an appeal to justice or rights. Instead it was grounded on ‘material’ and ‘economic’ developments within capitalism that were leading to growing internal crises and the rise of the proletariat.

Marx rejected all appeals to rights or justice. He bypassed the issues of morality and justice by focusing on the real social forces allegedly leading to socialism. But neither the driving forces of history nor the supposed destiny of a social class make this socialist future just, or morally right. 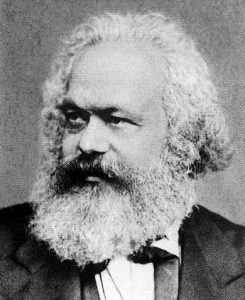 By shelving the discourse on rights, in favour of the scientifically-clothed rhetoric of proletarian destiny, all versions of Marxism – including Trotskyism – are on the slippery slope toward totalitarianism.

When rights are no longer universal, and no-one has the protection of an independent legal system, the any action that is deemed ‘counter-revolutionary’ or ‘against the interests of the working class’ gives the accused no effective defence. The prosecutors monopolise the interpretation of guilt. Arbitrary punishment can follow.

The rights of critics and dissenters have to be protected, by their formal recognition and the autonomy of the judiciary. Unless this is done, any criticism can be crushed.

Trotsky was wrong: the roots of totalitarianism do not lie principally in the personalities of brutal, power-hungry individuals such as Stalin, but in Marxism itself. As Leszek Kolakowski suggested:

‘Marx’s anticipation of perfect unity of mankind and his mythology of the historically privileged proletarian consciousness … were responsible for his theory being eventually turned into an ideology of the totalitarian movement: not because he conceived of it in such terms, but because its basic values could hardly be materialized otherwise.’

Violence versus Parliament and Law

Laws get in the way of revolutionary struggle. Hence, along with their dilution of the notion of rights, Lenin proposed that all laws should be abolished.

Consequently, a fundamental problem with Marxism is its failure to support the universality of human rights. Human rights apply to all, as in the majestic 1948 United Nations Declaration of Universal Human Rights.

Instead, Marxists see social advancement as a matter of ‘class struggle’ where one class must seize power and remove rights from another class. Lenin and Trotsky went one step further: they argued that this struggle for proletarian power must override the rule of law.

The Second Congress of the Communist International took place in Russia in 1920. Under the leadership of Lenin, one of its resolutions mentioned ‘bourgeois parliaments’ and declared:

‘The task of the proletariat consists in breaking up the bourgeois state machine, destroying it, and with it the parliamentary institutions, be they republican or constitutional monarchy.’ 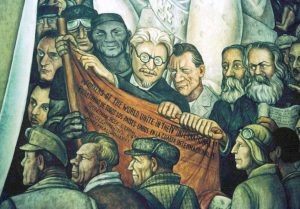 Throughout his life, Trotsky defended the decisions of the first four congresses of the Communist International, which took place when Lenin was alive and before Stalin seized power.

Trotsky added his own idea of ‘permanent revolution’, involving civil war, even in a parliamentary democracy:

‘Socialist construction is conceivable only on the foundation of the class struggle, on a national and international scale. This struggle … must inevitably lead to explosions, that is, internally to civil wars and externally to revolutionary wars. Therein lies the permanent character of the socialist revolution as such, regardless of whether it is a backward country … or an old capitalist country which already has behind it a long epoch of democracy and parliamentarism.’

Conclusion: Hands Tied Behind their Backs

Those in Labour wanting to fight the battle against entryism have two hands tied behind their backs.

First, by hanging on to the word ‘socialism’, after abandoning its original meaning, it is difficult to exclude those who are more genuinely socialist in the classical sense of common ownership. Labour’s obligatory (but now shallow) rhetoric of ‘socialism’ is a green light for socialist entryists of all kinds.

Second, Labour has long-ago ditched the politics of class struggle, but it retains a notion of class partisanship in its very name. It was formed historically to represent the interests of the working class. It was built upon the trade union movement. Labour itself is a class party.

Of course, Labour in practice has put aside the notion that it is speaking for one section of society only. But its name remains a problem, both for broadening its appeal and for barring the more energetic and extreme exponents of working class representation and power.

Of course, to achieve its goals, Labour is pledged to working through parliament, rather than through revolution. This is a very important difference. Many Marxists are still devoted to insurrection. Labour clearly is not. With this one big foot it can kick back. But its two hands are tied.

Labour still has much outdated baggage to deal with. Even if it staves off Trotskyist entryism – which now seems unlikely, at least while Corbyn is Labour Leader – it still will have a number of big problems. It will need to find and package a new identity for itself, which is suitable for the twenty-first century.

Retaining an unconvincing redefinition of ‘socialism’ and calling itself ‘Labour’ will not do.

Labour needs to come to terms with the fact that both classical socialism and class politics are untenable. It has to put democratic and progressive Enlightenment values at its centre, and reconfigure itself for the challenges of the twenty-first century. 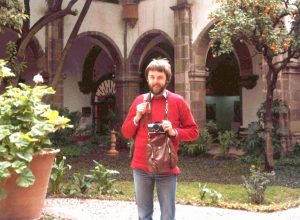 Riley-Smith, Ben (2016b) ‘Jeremy Corbyn Called for a “Complete Rehabilitation” of Leon Trotsky in Parliament’, The Telegraph, 16 August. http://www.telegraph.co.uk/news/2016/08/15/jeremy-corbyn-called-for-complete-rehabilitation-of-leon-trotsky/